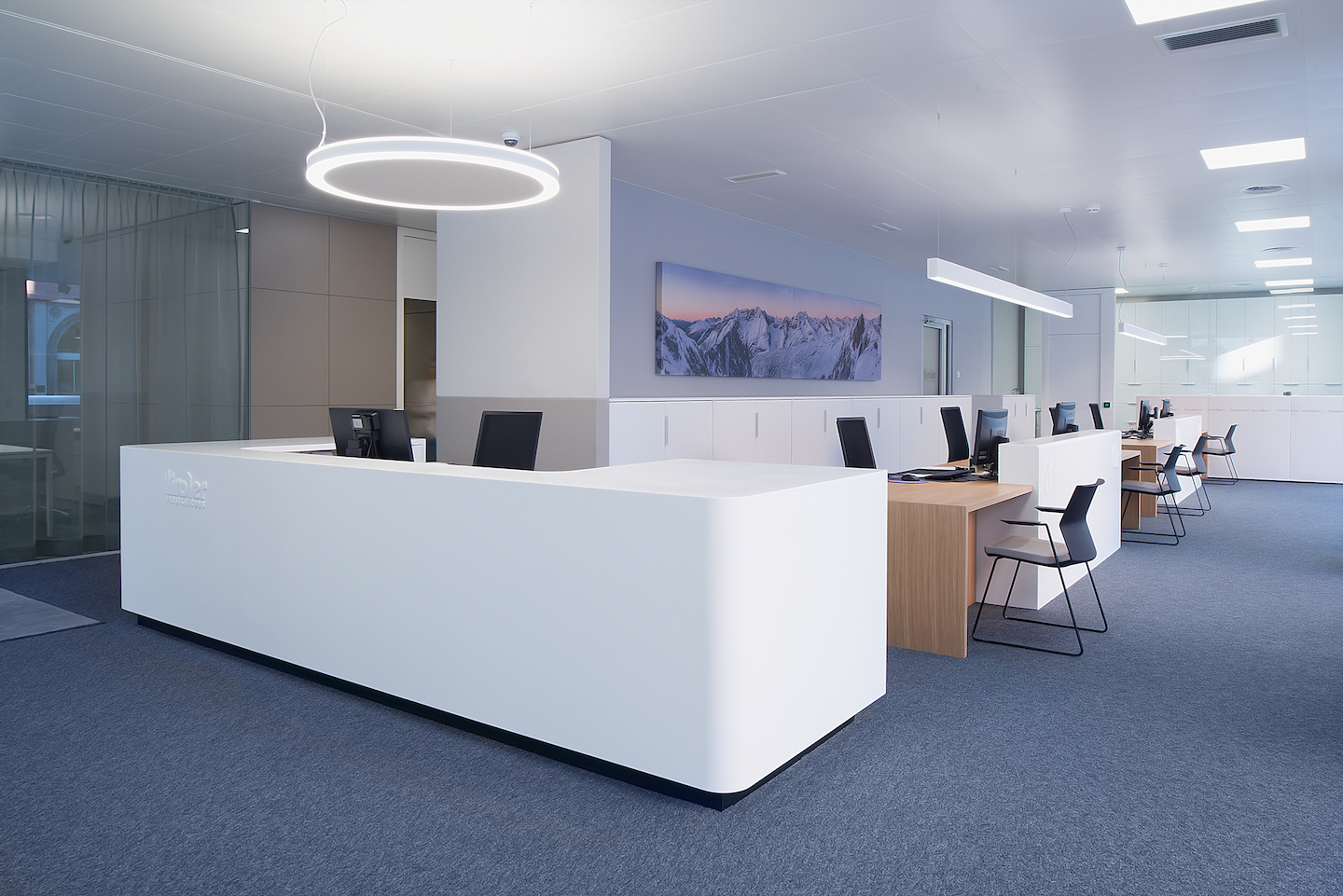 With the redesigning of the „Tiroler Versicherung“ headquarters in heart of the city, the shaping of the entrance area and the acoustic renovation of the allocated costumer advisory space were paramount. The establishment stands for security, loyalty and authenticity. The design concept should manifest a strong regional connection and at unison facilitate urbanity. Nina Mair chose a very special material for the façade design, namely „Höttinger Brekzie“. This local natural stone has been quarried over decades around the outskirts of the city of Innsbruck and ever since consequently characterized the image of the old city centre. The entrance welcomes the clients with a broadly inviting gesture. The large-format slabs of stone move in a symmetrical motion from the façade towards the interior and thus create the wall surfaces of the vestibule. The sliding glass door completely vanishes within the exterior wall and dissolves the boundary between indoors and outdoors. Inside a spaciously and clearly structured area awaits the costumers. The spatial division has been solved through freestanding consultation desks. Specific measures have been taken in order to consciously control the room acoustics, in order to be able to permit simultaneous discreet client counseling discussions. High performance sound absorbers have been installed in form of murals respectively invisibly integrated wall elements. A acoustic effective luminaire placed above the reception counter prevents the noises from the highly frequented reception area to propagate towards the consulting area. Also a vital aspect of the design process was the waiver of advertising messages in form of banners or posted bills. Large window openings ensure that natural light reaches the interior space and allow an unobstructed view of the consulting area. The main strength of the company „good counseling“ becomes the visible advertising message. 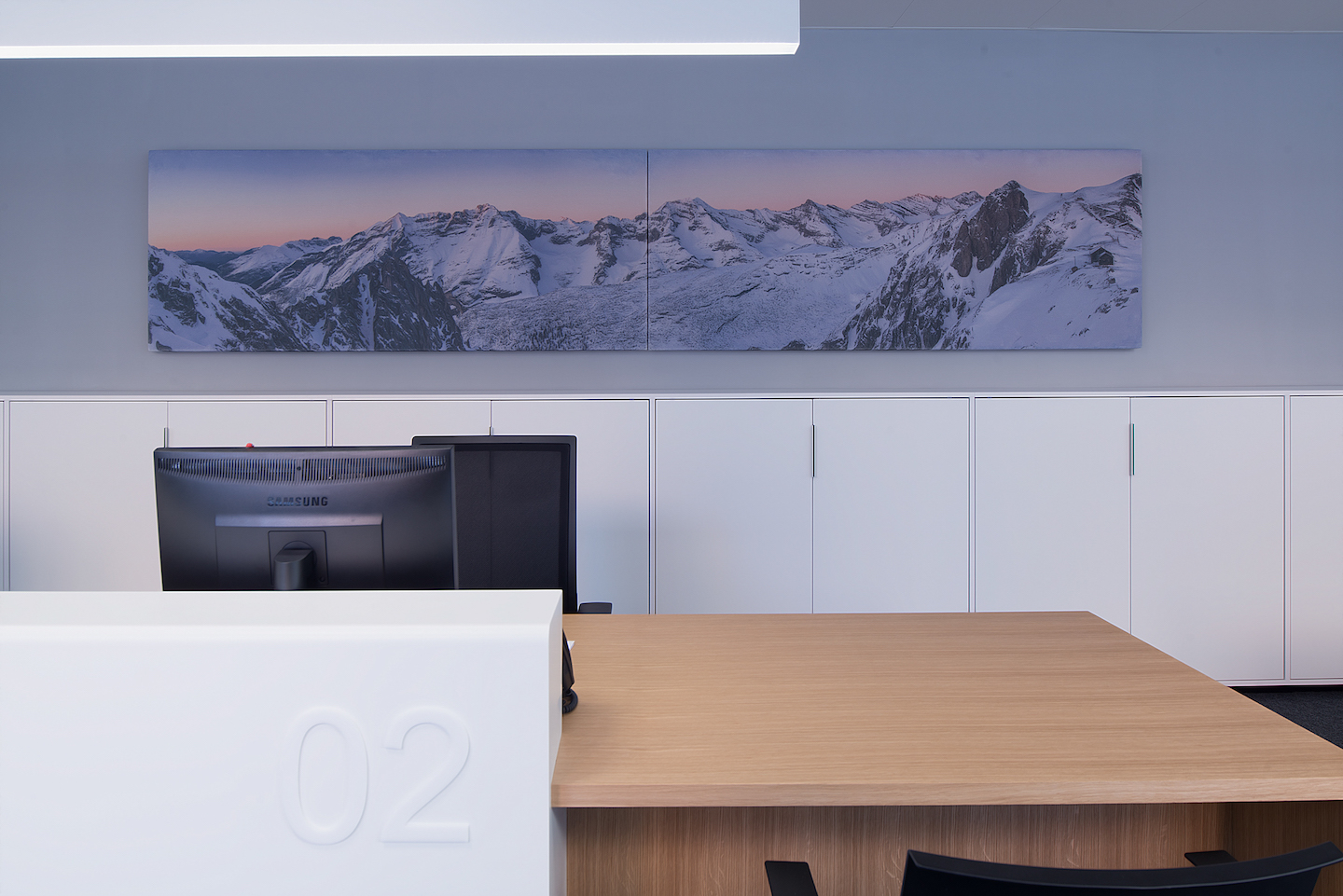 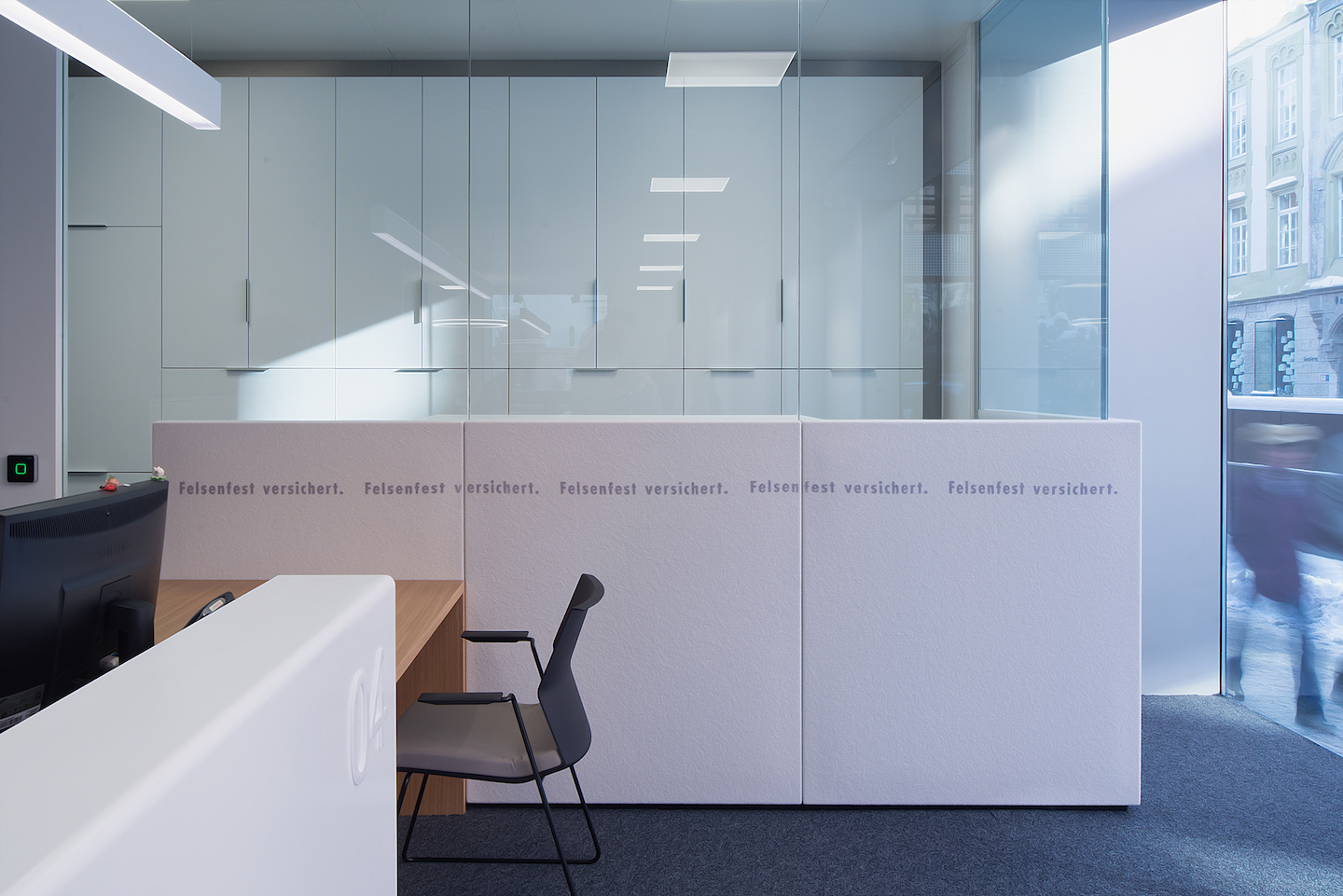 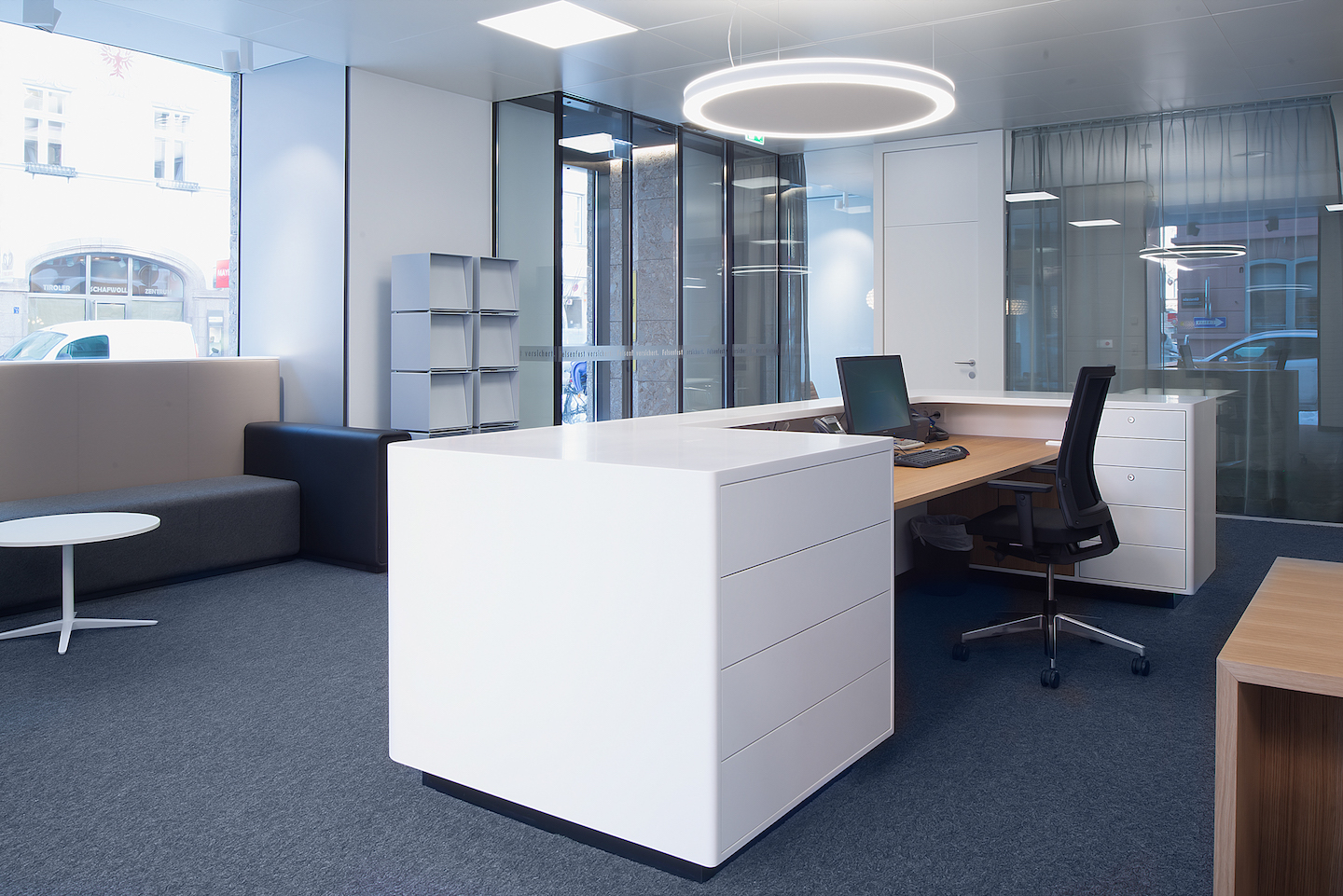 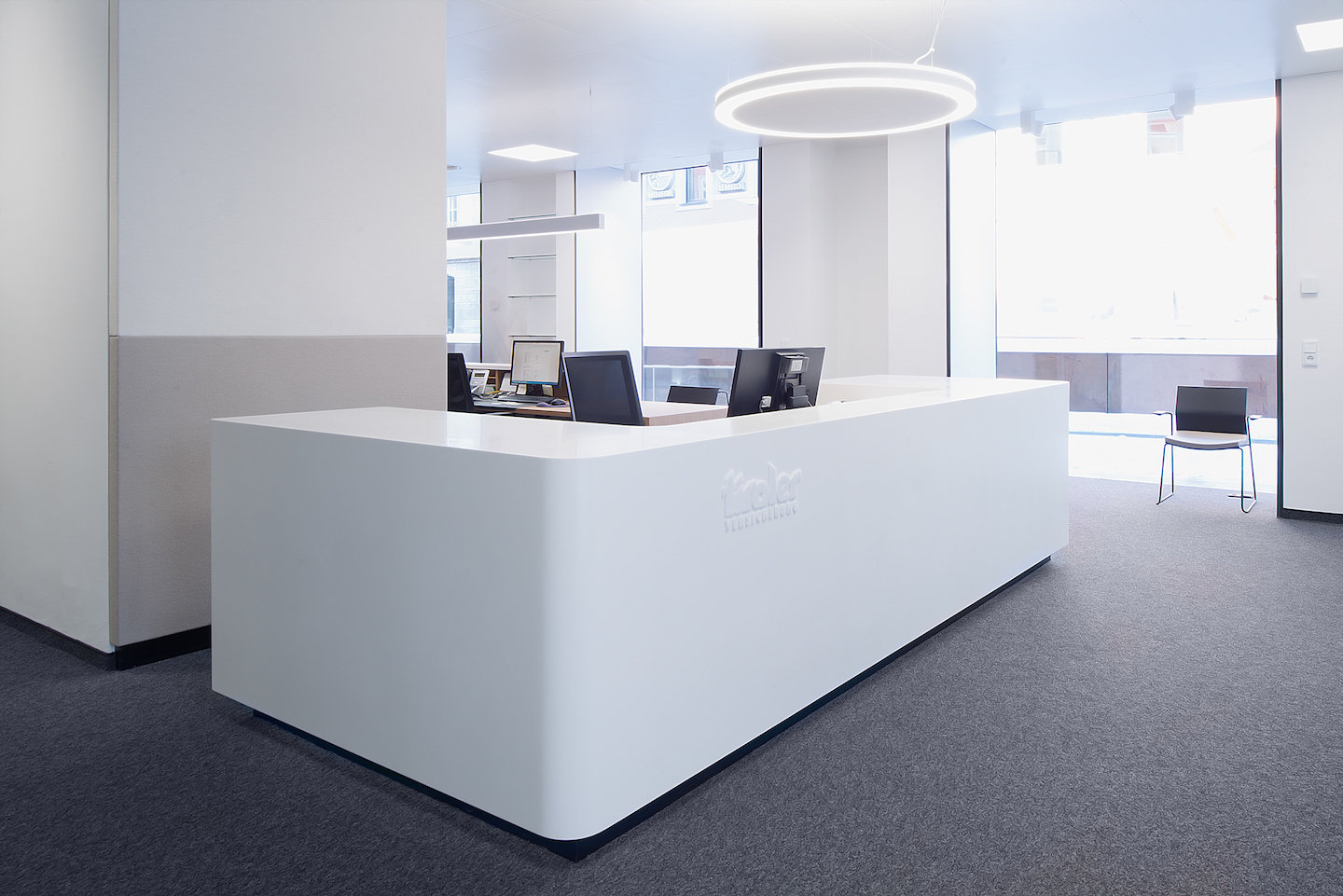 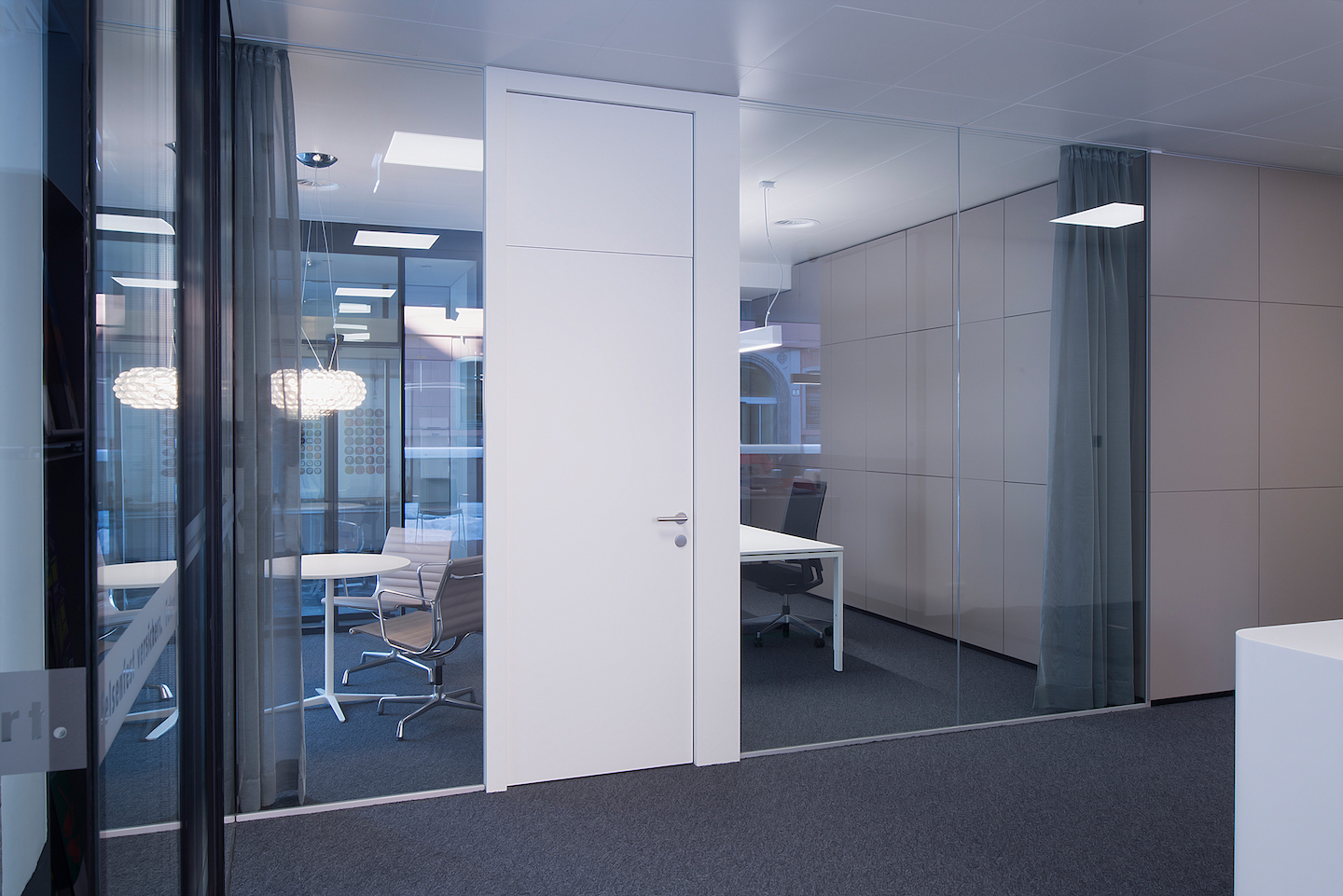 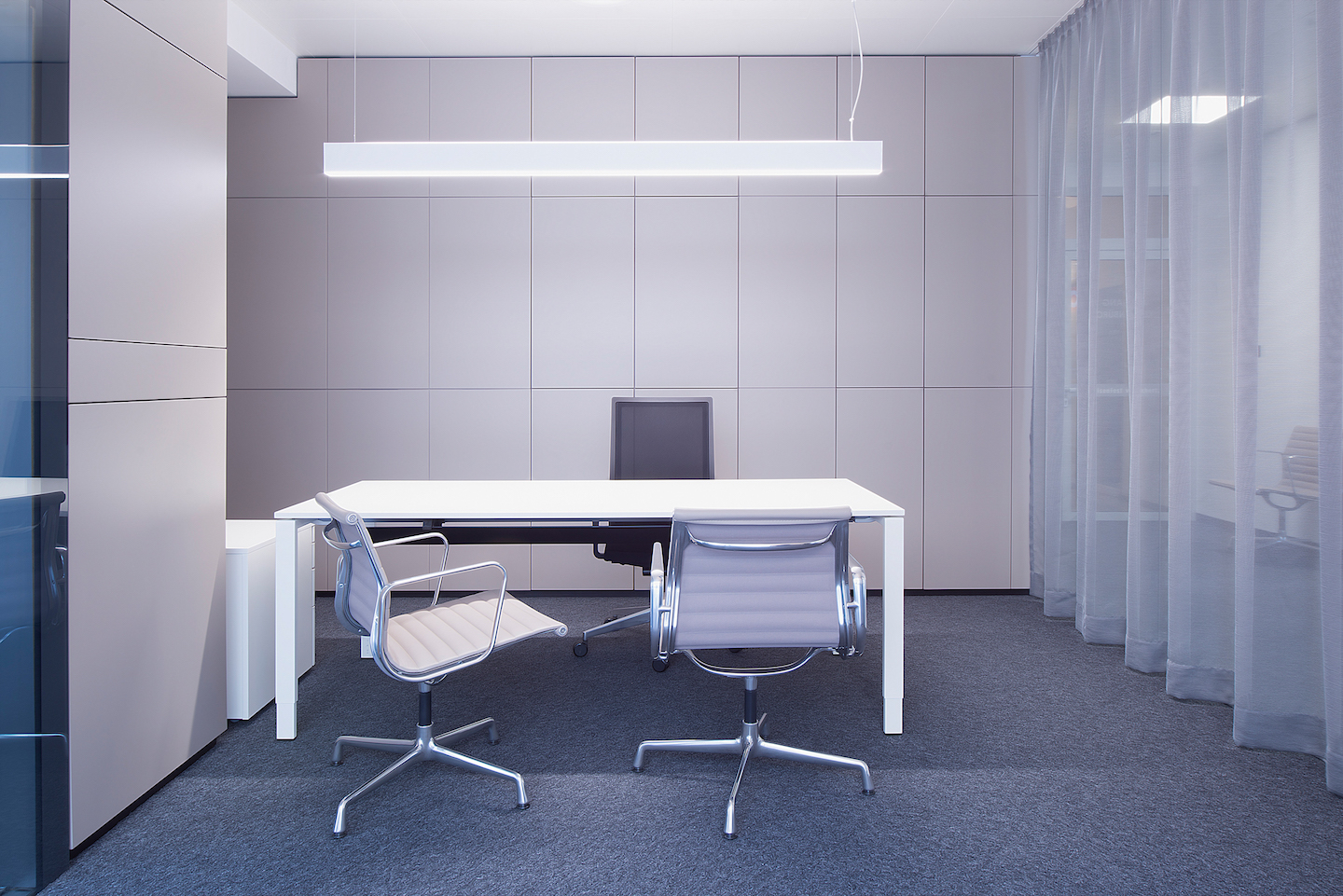 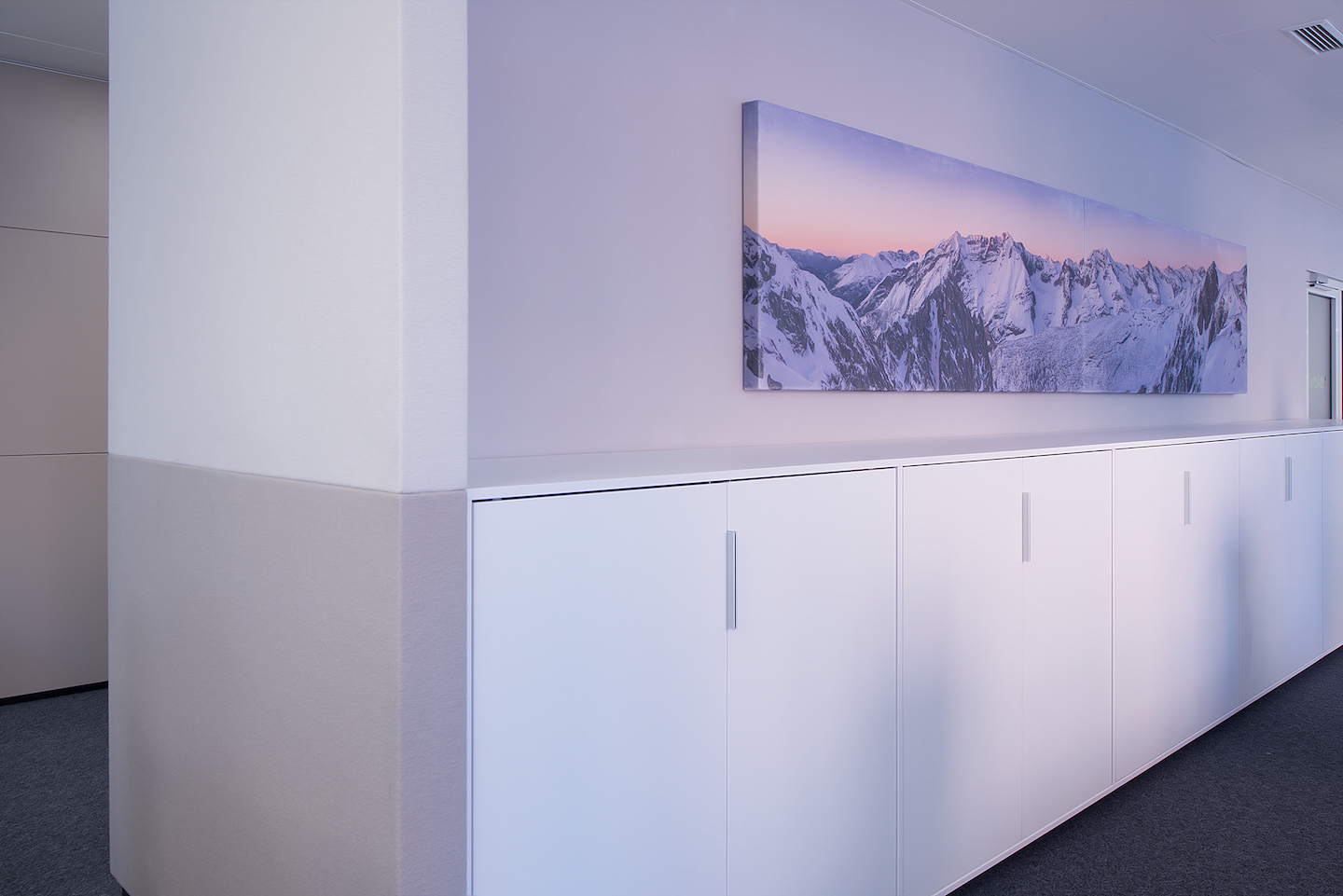 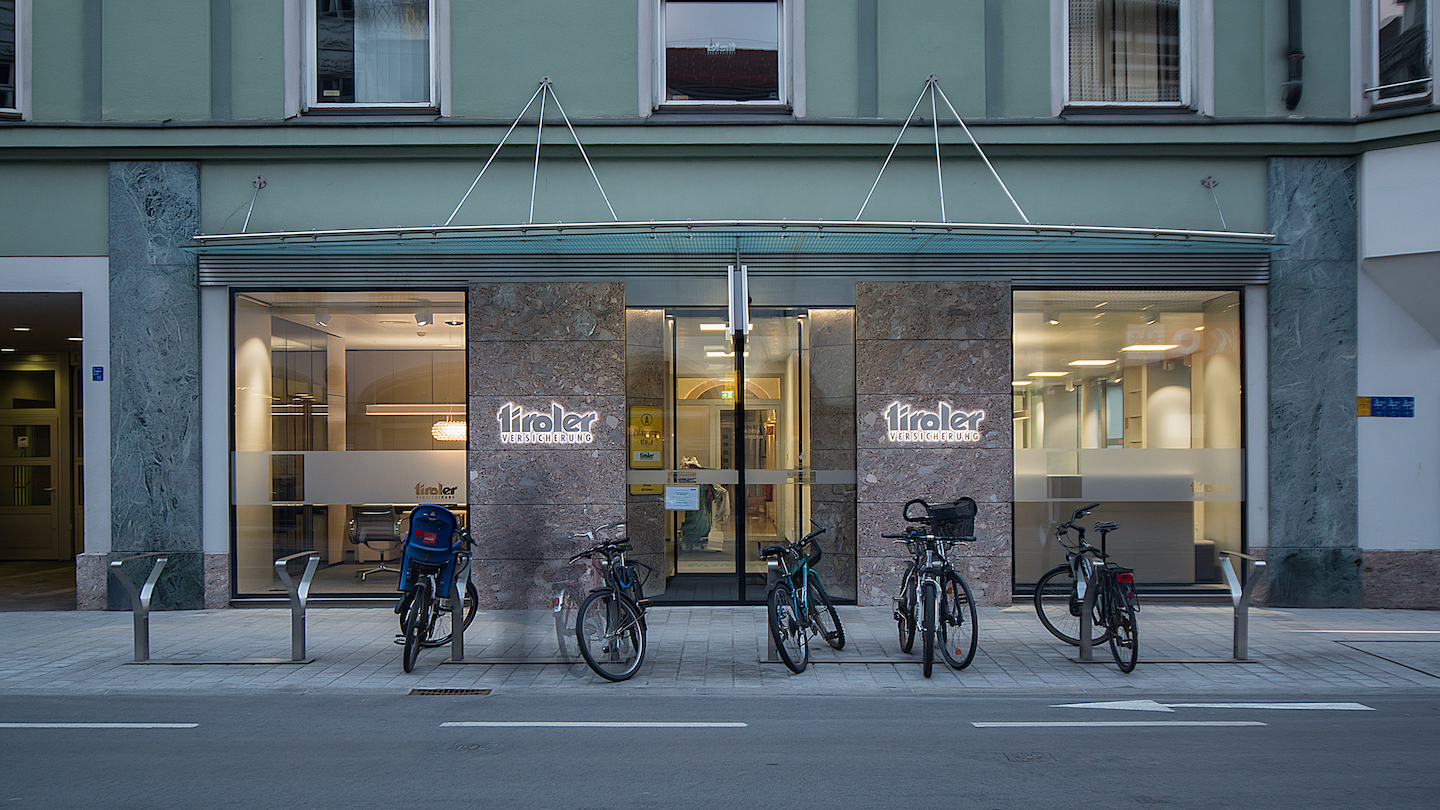